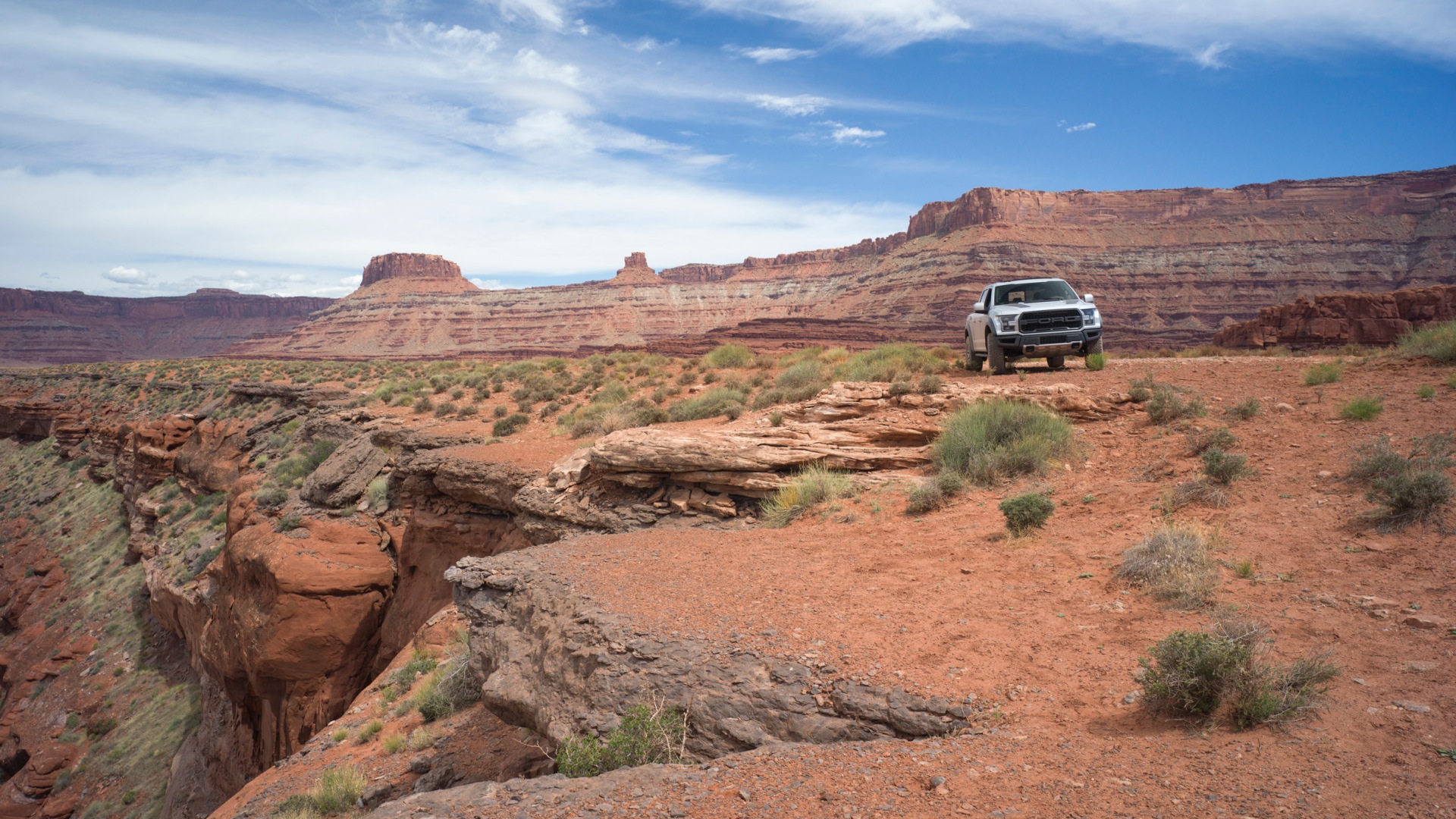 I have never felt so alone in the most magical of ways.

I was discovering the road ever since I started my research on Moab. My trip was the climax of prior work on the subject. I knew the direction in which I was headed, I knew I will take the road until I can’t go any further. The map doesn’t really do the terrain justice. Until you see what the landscape has to offer, the understanding is mute.

I left at 2 pm. I was prepared for dinner, breakfast, and extraction – lots of water. Everything in between came from all of the recent extraordinary trips I took recently. For instance, an enormous shovel, almost as tall as I am. What for? It was suspected I would dig myself a grave given the eventuality. In practice, trivial waste and leveling the ground underneath the tent. Dealing with dirt and rocks with bare hands is a fools affair. Who needs a hammer at a campsite? What does a combat knife award your experience? Eat a steak, cut a piece of wood with the small saw on the knife to start the fire. Store-bought firewood, to keep things simple.

This is the kind of trip on which with every passing moment you realize more and more the growing distance between you and any chance of help. You have to depend on yourself.

I packed the car for any and every eventuality, and took off on a trip that I imagined would take me to the end of the world. It took me two and a half hours off-roading to get to the camp site.

Behind me and the BLM campsite was a rock wall maybe 100 feet tall. When I say campsite, I mean a small pole indicating where to sleep without much else. It’s a special place, respected by all visitors inherently and by the pure virtue of remoteness.

Chicken Corners are meant for adventure.

After setting up camp, I unpacked the mountain bike, I poured some water into the hydration pack, packed up the backpack as if I was going on yet another biking trip and headed out into nothing.

At a point which seemed of particular interest from afar, I turned off on the bike off the 4×4 road and cut through the desert to the edge of the rim, where I found a friendly shelf slightly lower from the rest of the surroundings.

The mountain bike trip and the footage of the Colorado river was in a sense the product of the large buffer of comfort I have while camping. After getting to the campsite, unpacking, setting up the tent, pumping up the mattress, making the bed, preparing all of the supplies and kitchen for dinner, I double-checked that I am ready for dinner, locked everything up, dressed and prepped up for the bike trip, got on the bike and departed.

What I found is that more madness lies within madness itself. The whole trip was mad in and of itself. Upon any sort of vehicle malfunction, the only escape is to bike 25 miles back through the desert to cell phone coverage. The desert gives any unfortunate occurrence a finite counter on how much time and energy can be spent to address the issue.

It doesn’t get very cold at this time of year in Moab. Next week is going to be in the low 40’s, I had the luck this last night of enjoying a balmy 55.

First things first, is water, second comes the chill, third is food. Counterintuitively, if you are warm and have water, there is more room to operate than if you eat all of your food to stop shivering.

You have to demonstrate a certain amount of command over your own instincts in a place like this. At night, the tent begins to scratch the ground to a fault imitating a small animal or monster insect. And that is just the wind. Such trivial are the fallacies of an inexperienced camper. Until you reach sufficient mental capacity, threats that don’t exist haunt you. What in fact you are feeling is a sum of your existential anxiety all of us subconsciously carry around. Some otherwise undetectable danger does exist, and that is what your mind is picking up on.

The tent site was a blessing. I picked the sunrise side of the wall. Probably because the wind was coming from the sun the evening I was pitching. There was a single obelisk-shaped rock around. Somewhat based on my knowledge of the terrain, I set the tent up behind it. To the point that when I woke up later than expected (8:30 am), I stuck my foot out into scorching heat. Coffee and striking the tent down was next.

Coming back was definitely a shock. It was the type of excursion, from the standpoint of the realities of modern civilization, which puts into perspective the experience modern technology is capable of producing.